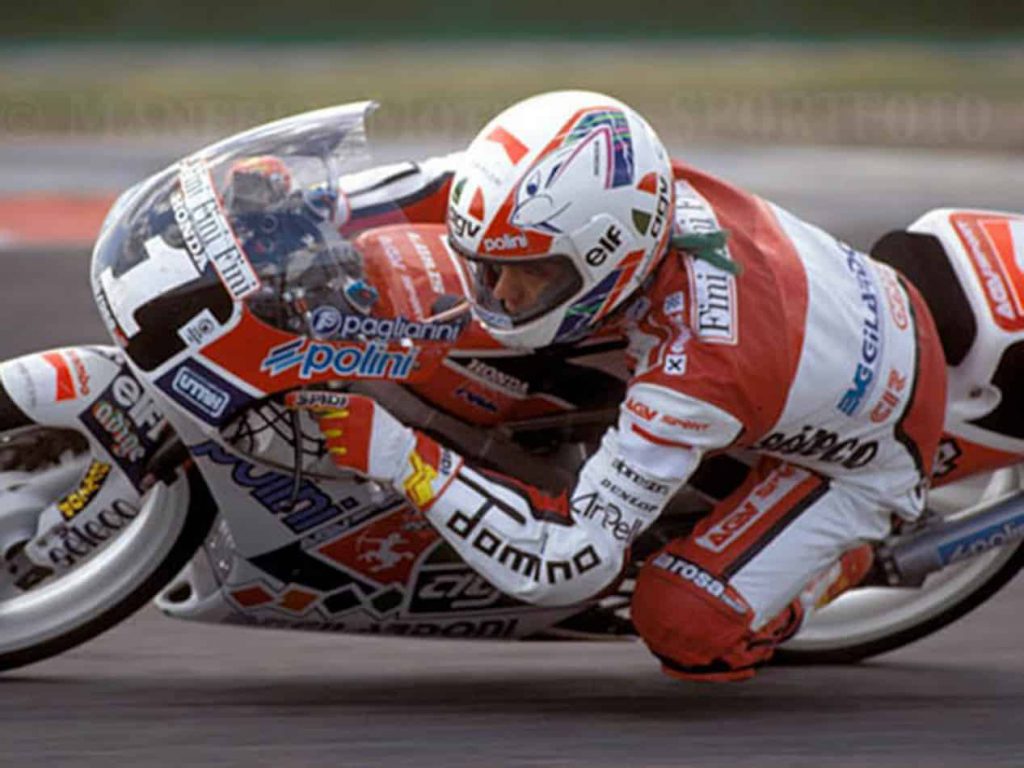 Born from the early days of AGV Helmets’ entry into the North American market the AGVSPORT brand is no one of the oldest motorcycle apparel lines in the market today. AGV Sports Group was founded by an avid motorcycle enthusiast and remains under that same ownership to this day.

A lot has happened in the past 35 years and many milestones have been achieved. And to let you in on the journey of AGVSPORT I have written this history to lay out the timeline of the more significant and interesting events.

The motto of the AGV Sports Group has always been “designed by riders for riders” which is a simple way to say to all motorcyclists we are one of you. We have always been a company of active motorcyclists who develops and wear all the products we sell.

AGV Helmets – and the origin of the AGVSPORT brand 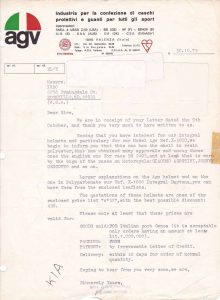 The dream and vision of Gino Amisano 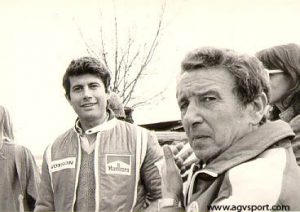 Amisano Gino was a legendary Italian entrepreneur who was born in Italy on November 15th, 1921. It was Gino who created the protective helmet empire that was “AGV”.

Gino Amisano founded the company AGV in 1946 as a leather seat and motorcycle saddle manufacturing company. The company took the initials of his name and town and started the legendary path to motorcycling product glory in the business. Amisano, Gino, Valenza –“AGV”

1947 The Beginning of AGV Helmets

In 1947, Gino created the first AGV motorcycle leather safety helmet, which was the beginning of a new revolutionary era in the field of the motorcycle protective gear industry. Gino created the company’s first motorcycle racing helmet with a hard shell in 1953 which led to the creation of the first modern Italian helmet made of fiberglass.

By the early 1960s, Gino Amisano had the informal title “the Helmet King” in Europe.

Perhaps the biggest milestones for AGV in the 60s were the sponsorship of Giacomo Agostini and the introduction of the first Italian full face (integral) helmet. Giacomo Agostini went on to win 15 Grand Prix world championships a record that stands to this day. 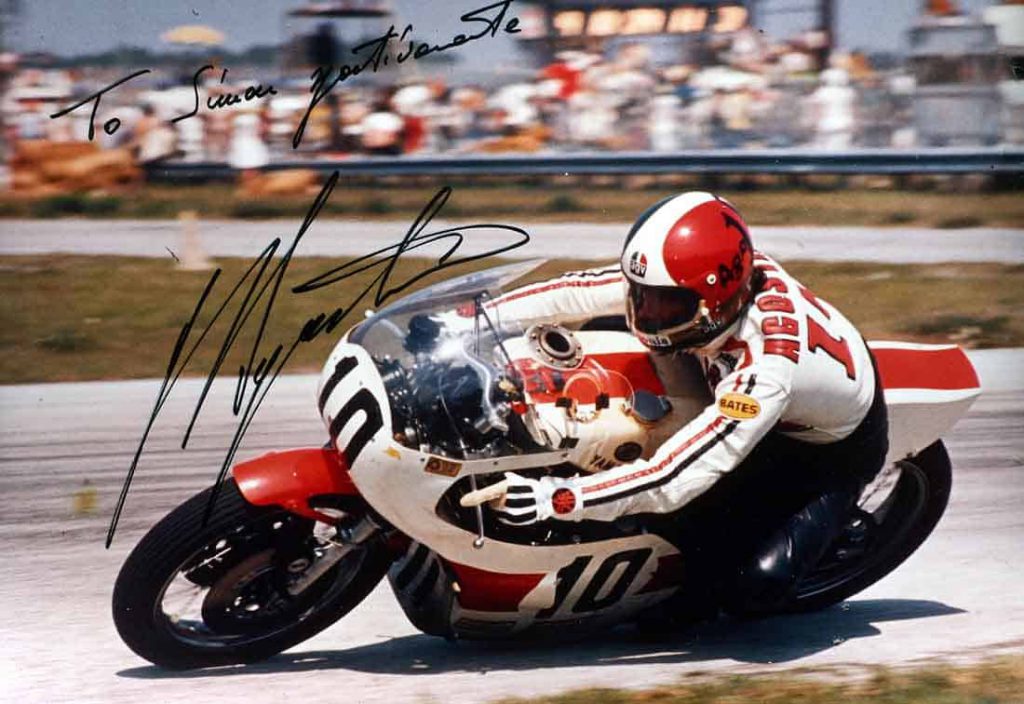 His name and the AGV brand became inseparable. It was at the pinnacle of Giacomo’s career I was going to school at the American School of Paris I started riding and bought my first helmet, an AGV X-3000 “Ago”.

Upon my return to the US to finish high school I was surprised that AGV was absent from the US market, one of the only markets in the world where AGV was not widely distributed. I began to write to Mr. Amisano to inquire about the possibility of importing the AGV Line into the US market.

After about a year of communications, Mr. Amisano agreed in October 1975 to let me import AGV helmets into the US. AGV USA was formed in 1976.

1977 – The first helmets arrived in the US at the port of Baltimore in 1977. This was also the year I began road racing and traveled to the races constantly, promoting the AGV brand. From the Bridgehampton circuit on Long Island to West Palm Beach Florida, as far west as College Station Texas, and to Indianapolis Raceway park in the Midwest.

It was in this first year I watched a 16-year-old racer win every class he entered the track was in Hallett Oklahoma and the rider – Freddie Spencer from Shreveport Louisiana. That was the first of many racers I sponsored with AGV Helmets over the years.

The origin and birth of AGV Sports Group 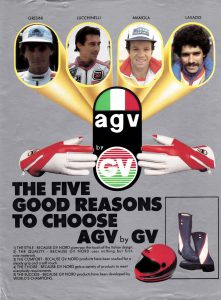 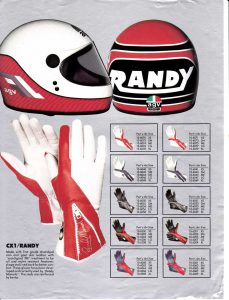 In 1984 AGV’s managing director, Sergio Puppo visited the US to see what possibilities the US market had for AGV. The Italian lira had collapsed and Italian brands like Bieffe and Nolan were pouring into the US market. Sergio had been brought on board some years earlier by Mr. Amisano to grow AGV’s export business and he saw a unique opportunity in 1984 to enter the US market.

I thought about it overnight and considered the practical reality. If I did not accept, they of course would just stop exporting to AGV USA and do AGV America anyway. But not being really excited about switching from independent entrepreneur to employee I proposed something a bit different.

The next day I told Sergio that I would accept the management role, but I would like AGV to license to me the use of the AGV brand name for apparel. Since that idea had never been discussed before it was not possible to have an answer on the spot and he returned to Italy to discuss it with Mr. Amisano.

About a week later Sergio communicated to me that Mr. Amisano had agreed and authorized, and the first licensing agreement followed shortly thereafter. Some gloves and boots were produced in 1984 but the first full year was 1985. 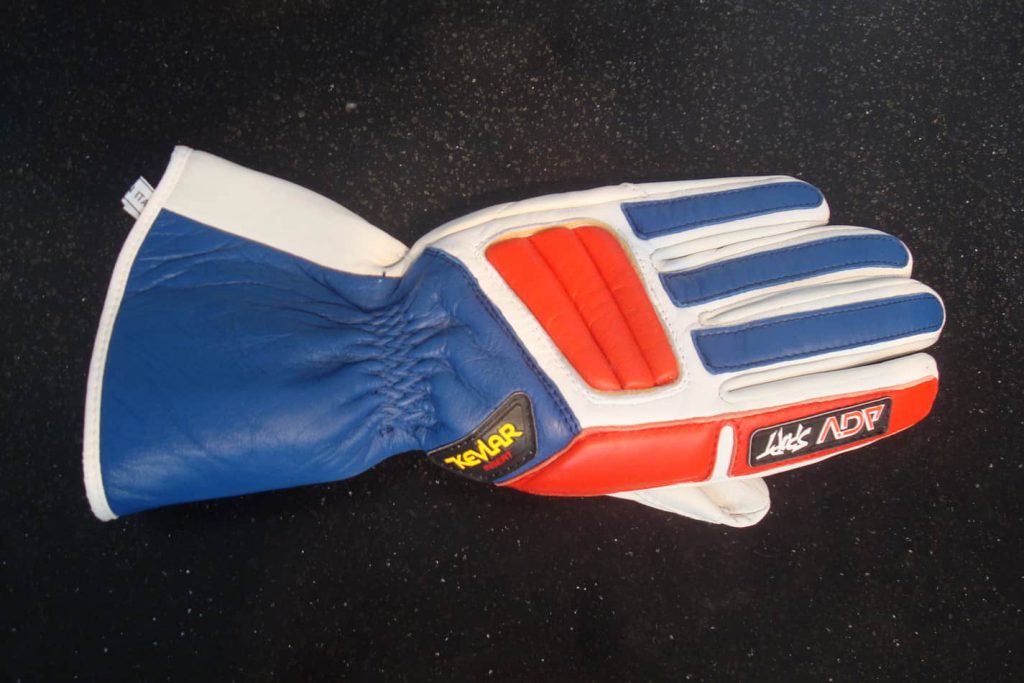 In the beginning, the products were branded with the AGV name and logo. The circular tri-color AGV logo was perfect for helmets and gloves but not ideal for leather suits, jackets, and pants. So, after a few years, the search began to find a longer more horizontal logo.

Randy wore the first-ever racing gloves made under the AGV brand name known as CX-1. He was just the first of many famous racers who have worn the AGV / AGVSPORT apparel over the years.

1988 The First International Importers of AGVSPORT

They were soon followed by AGV Deutschland, Monza Imports in Australia, Nationwide Accessories in New Zealand, MotoDirect in the UK.

Over the years the AGVSPORT brand would be sold in the US, Canada, Australia, Russia, Japan, New Zealand, India, Brazil, Argentina, Chile, Panama, Mexico, Ukraine, Italy, France, Spain, UK, Thailand, Malaysia, and many others over the years. 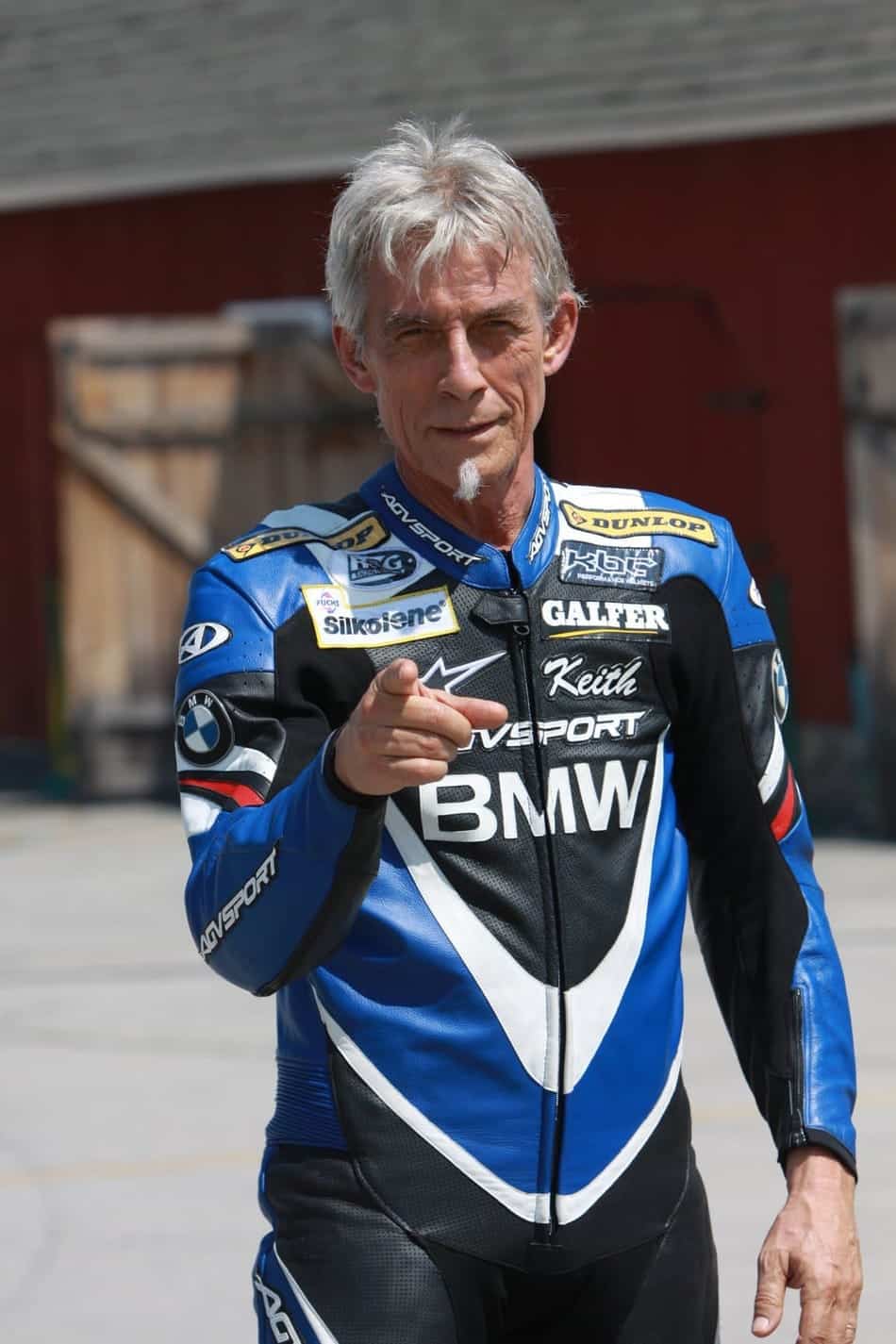 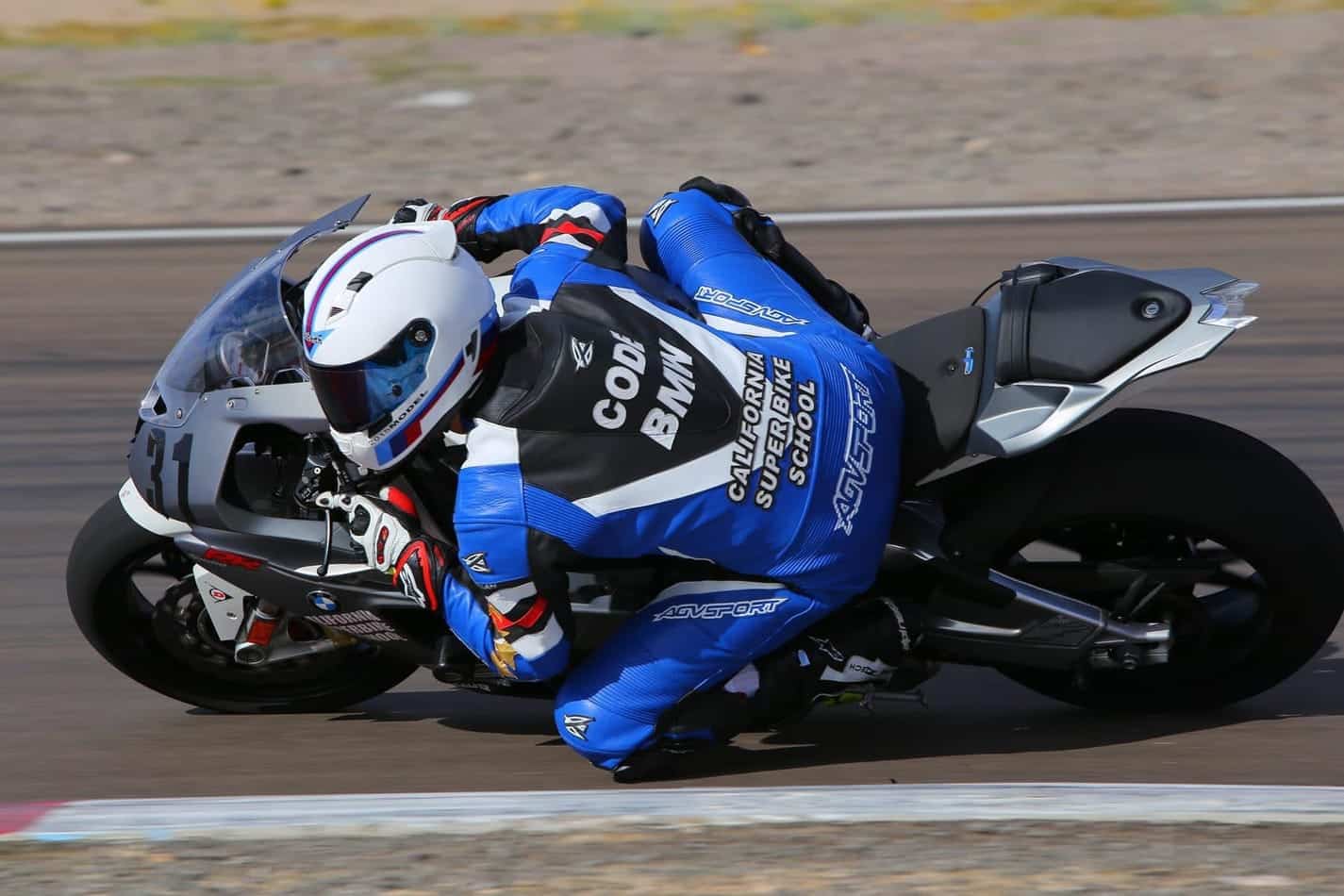 1989, AGVSPORT becomes the official leathers of Keith Code’s California Super Bike School a partnership that continues to this day. It is no doubt one of the longest-running sponsorships in the history of the motorcycle industry. 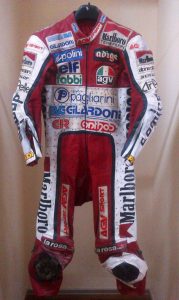 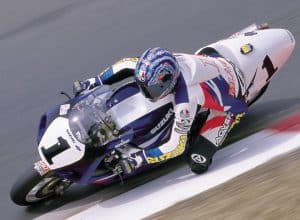 1993 From License to partnership

In 1993 due to the rising success of the brand in the US and Canada, AGV SpA bought a 51% stake in AGV Sports Group, Inc. Today few realize that at one time AGV Helmets owned more than half of AGV Sports Group. 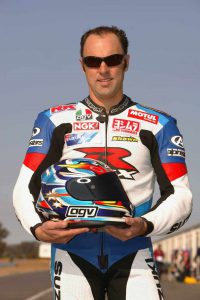 Sponsorships in the ’90s 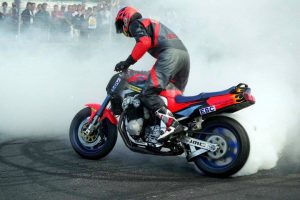 1998 The creation of the modern AGVSPORT logo

Sergio Robbiano was a famous Italian designer for motorcycles, apparel, and helmets. He was the lead designer for AGV Helmets starting in the 1990s. Sergio was the designer for Spidi apparel, XPD boots and he did extensive design work for Ducati and Bimota. One of his first creations was the Bimota V-Due 500cc a V4 two-stroke street motorcycle.

In 1997 Sergio came to the US to visit us and attend the road races in Daytona. We spent the week together, he stayed in a house we had rented for the AGV – AGVSPORT staff and he had a unique experience. We spoke a lot about design work, unfortunately, he could not do any apparel design for us due to his contract with SPIDI for clothing.

Sergio knew I wanted to update the AGV Sport logo to a one-word logo of AGVSPORT. Upon returning to Italy he offered to design and new logo and a few months later the new logo was introduced in 1998. It was updated slightly in 2008. 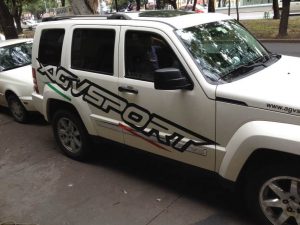 In the late ’90s, all the shares of the company were purchased back from AGV Helmets in Italy. In the fall of 2001, an agreement was signed between AGV and AGV Sports Group that recognized the AGVSPORT brand name as an independent mark, owned entirely by AGV Sports Group.

For the first time since its inception, the AGVSPORT name was completely from AGV Helmets. In 2007 Dainese purchased AGV and the AGV brand was incorporated into Dainese’s portfolio. The private capital group Investcorp from Bahrain purchased the majority of shares of the Dainese Group.

AGV Sports Group remains a company of avid motorcycle enthusiasts who only design & develop products but also use everything they create. This ensures that you, the customer, will experience the best and safest products we have to offer, and we hope that you will actually be able to feel the history of Gino Amisano and his passion for the sport of motorcycling.

He has been working as an enthusiast and passionate about Motorcycles- Motorcycle Apparel. 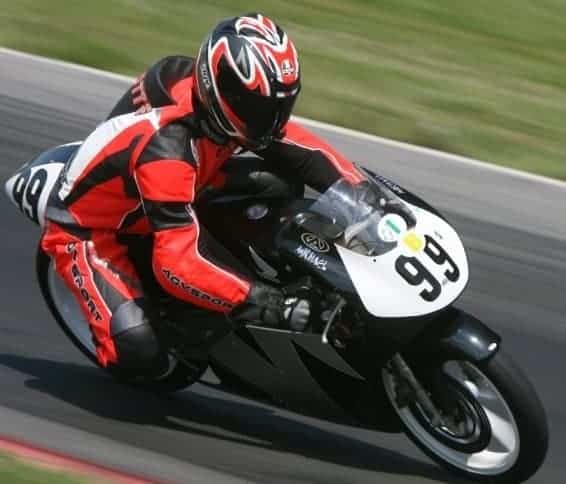 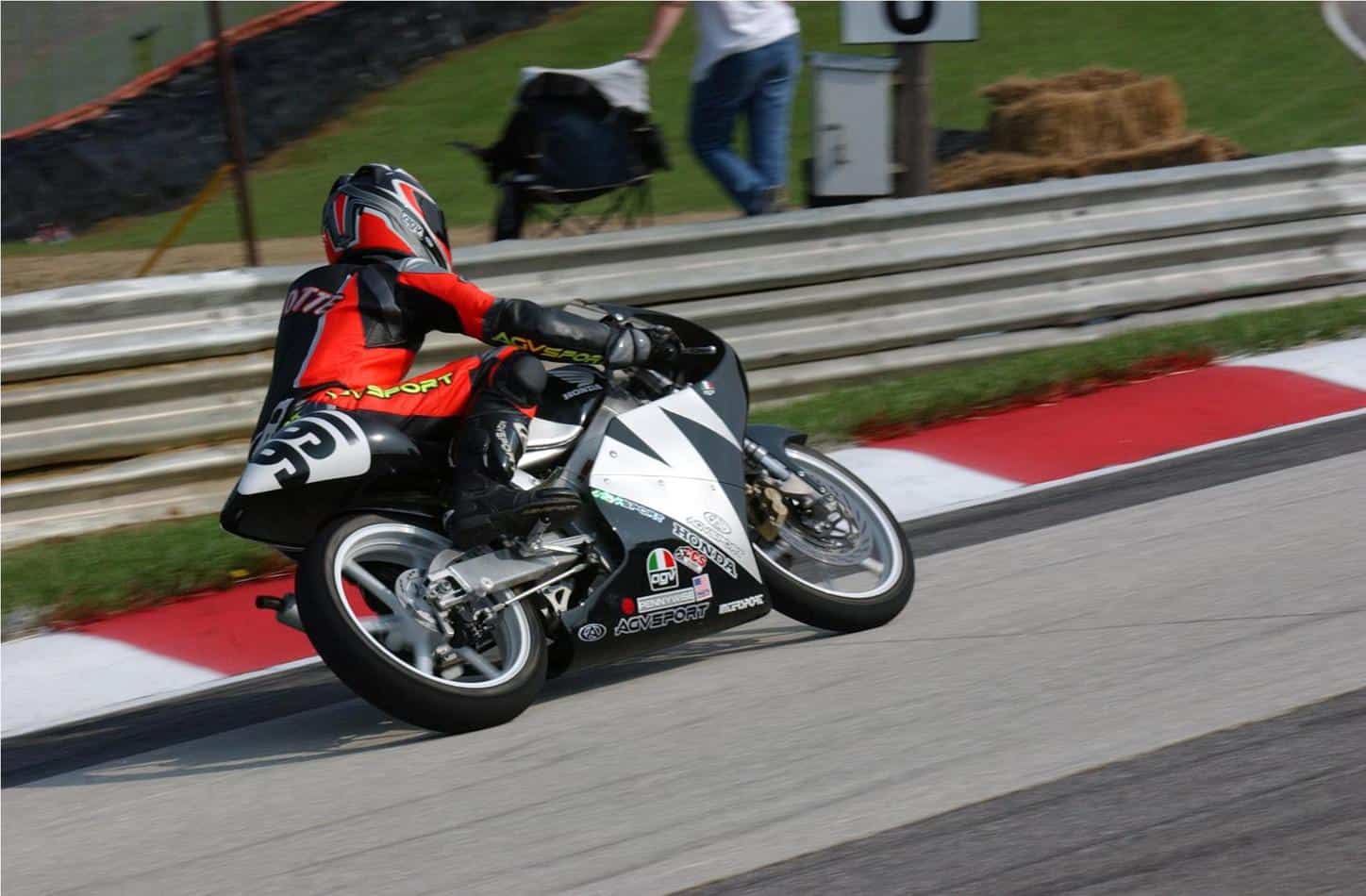 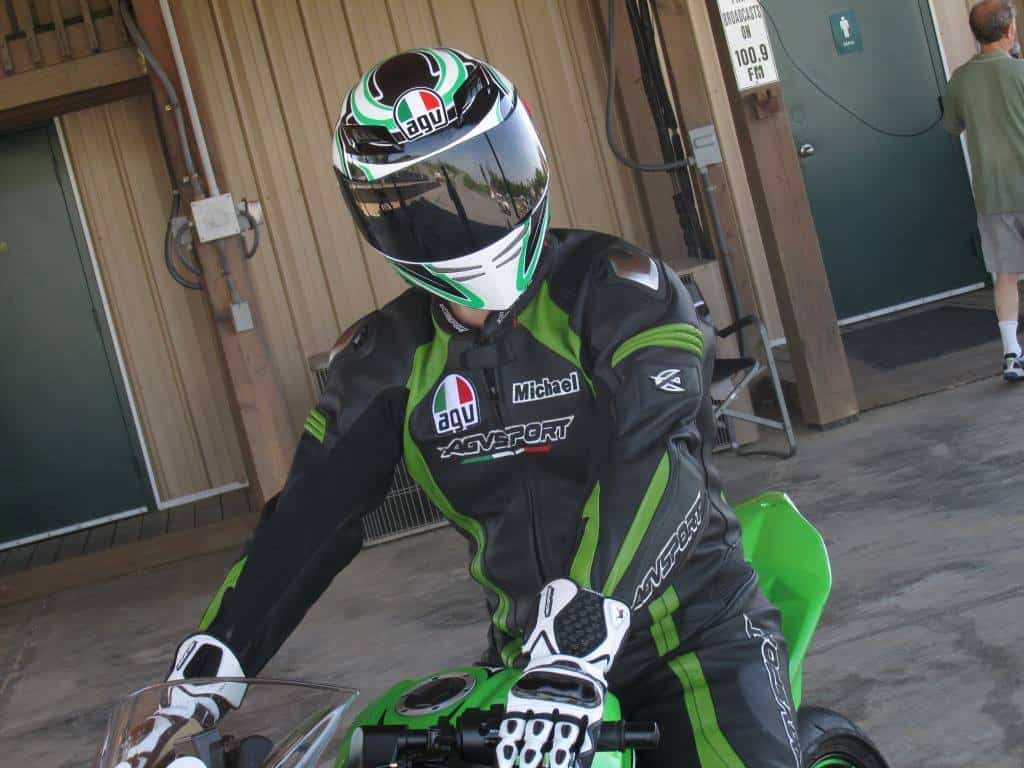 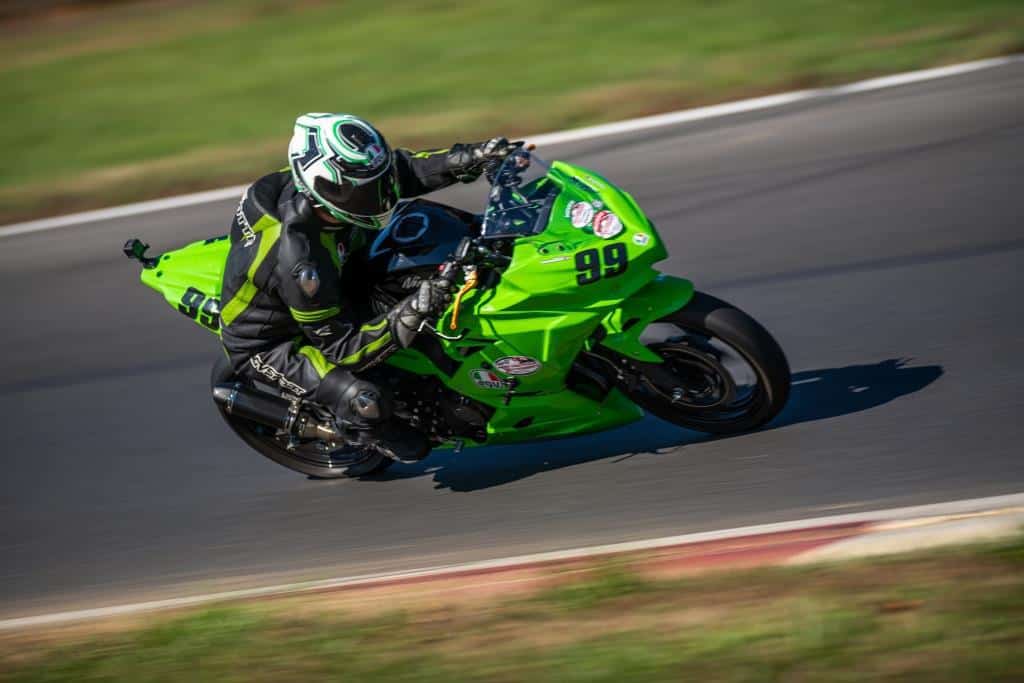 About the author:  Michael Parrotte was the Vice President of AGV Helmets America, and a consultant for KBC Helmets, Vemar Helmets, Suomy Helmets, Marushin Helmets, KYT Helmets, Sparx Helmets. In addition, he is the founder and owner of AGV Sports Group. 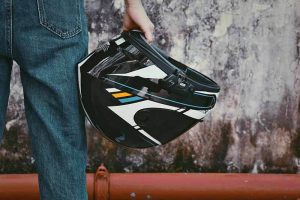 Do Motorcycle Helmets Expire If Not Used? 7 Interesting Points That Answer This Question 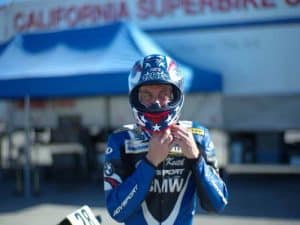 Is a Half Helmet Better Than No Helmet?

Top 12 Best Motorcycle Helmets for Under $300 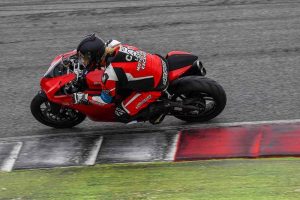 How Long Do Motorcycle Leathers Last? The 5 Best Things to Do to Get the Maximum Life from Your Leathers 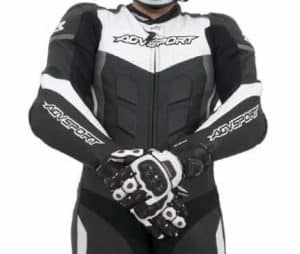 How Long Do Motorcycle Leathers Last? The 5 Best Things to Do to Get the Maximum Life from Your Leathers

Summer is fast approaching, which means it's time to put on the leathers, grab the helmet, fill up with fuel, and take the bike out for a ride. Will my riding leathers still be in good condition if they have been stored in the closet for months? How long do motorcycle leathers last? High-quality …

Top 12 Best Motorcycle Helmets for Under $300

Is a Half Helmet Better Than No Helmet?

Do Motorcycle Helmets Expire If Not Used? 7 Interesting Points That Answer This Question