Motorcycles are exciting no doubt about that, but riding one can also be one of the most dangerous activities you ever do. Without the protection of four walls of metal in a car surrounding you, your safety may come down to the performance of your motorcycle helmet.

A good helmet full-face (Integral) helmet could mean the difference between life and death should you ever get in an accident. But how to choose? Which manufacturer produces the safest motorcycle helmets? According to the United Kingdom’s SHARP program which measures helmet safety three of the safest helmets available are listed below.

The evolution of the motorcycle helmet and its importance to safety

The origin of the motorcycle helmet dates back to the early 1900s. A medical officer named Dr. Eric Gardner saw many injuries and head-related traumas from local racers and started to design something to help.

Dr. Gardner created one of the first motorcycle helmets in 1914 out of canvas and shellac, alongside his partner Mr. Moss Designed to protect one of the most fragile and important organs of the body, the design of motorcycle safety helmets has changed numerous times since its early origins.

The earliest types of helmets were quite simple, even crude and the modern safety helmet design did not come into being until the mid-1950s. Strength and protection made big advances in the ’60s and ’70s. By the ’70s, modern motorcycle safety helmets were being used by riders worldwide.

According to the Motorcycle Safety Foundation (MSF), helmets are the “most important protection you can wear while riding a motorcycle.” In the US nearly 5,200 motorcyclists were killed in 2017 alone, but helmets can reduce a rider’s risk of death by 37% and head injury by 69%, according to the CDC (Centers for Disease Control and Prevention).

Any helmet you choose in the US should be meet the DOT (US Department of Transportation) motorcycle helmet standards. Another critically important factor is fit, it is essential that the helmet is snug on your head and the chin strap is securely fastened in order to protect you properly.

Three of the safest brands as rated by the SHARP system

Motorcycles are often referenced as the most hazardous form of vehicle transportation and it’s easy to see why. There is little protection between you and any object you may impact in the event of a crash. That means accidents and collisions involving motorcycles tend to result in more severe injuries and death than other vehicles.

Today’s motorcycle helmet manufacturers are focused on minimizing or preventing injuries by creating some of the most advanced safety helmets in the world.

In the UK, the SHARP Helmet Safety Scheme has been used since 2007 to combine research data with real-world testing to rate how safe a helmet really is.

The latest results from SHARP testing dating back to 2015 provide us with the safest helmet brands in the world. Using 32 “impact and oblique impact tests” at three different speeds, the following three brands produced the strongest, toughest, and safest results over the past five years. 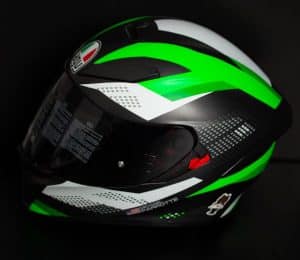 AGV the Legendary Italian helmet manufacturer has been leading the way in helmet innovation since its founding in 1947. AGV has an unrivaled reputation across the globe and is worn by the world’s best racers from Giacomo Agostini to Valentino Rossi.

Out of the nine total AGV helmets that were tested using the SHARP system, an impressive three came back with a max score of five stars. The rest of the helmets were rated with four-star marks, showing the results of AGV’s seven decades of experience. 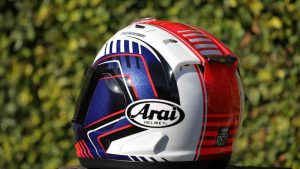 Arai produced its first Japanese helmets for motorcycling in the early 1950s. For decades Arai has Arai Helmets has scored exceptionally high in SHARP tests in recent years.

Every Arai helmet is handmade with strict company guidelines for meeting safety standards. A total of five Arai helmets were tested, yielding an average of 4.4 stars out of five. Two of its helmets received a max score of five stars. 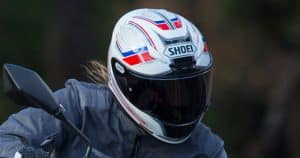 The Shoei is known for being well-built, as well as expensive. Long associated with premium motorcycle helmets, Shoei has more than 60 years of experience in creating state-of-the-art helmet technologies.

12 Shoei helmets were safety tested using the SHARP system, producing an impressive average score of 4.2 stars out of five for the entire lineup. Two of its latest helmets scored the max five stars, making Shoei one of the safest brands out there.

About the author:  Michael Parrotte was the Vice President of AGV Helmets America, and a consultant for KBC Helmets, Vemar Helmets, Suomy Helmets, Marushin Helmets, KYT Helmets, Sparx Helmets. In addition, he is the founder and owner of AGV Sports Group. 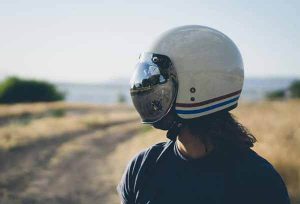 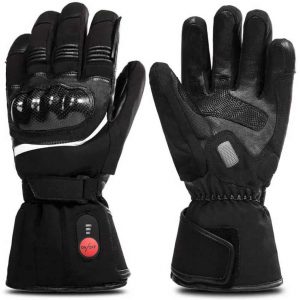 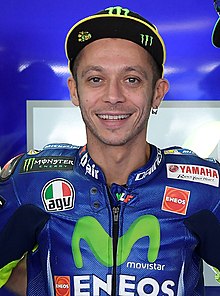 Valentino Rossi, Everything you wanted to know about #46 “The Doctor” the Greatest Rider ever! 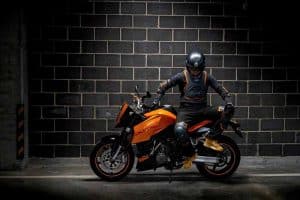 How Does Motorcycle Body Armor Work? Better Advanced Protection for Your Body, Find Out 6 Key Ways. 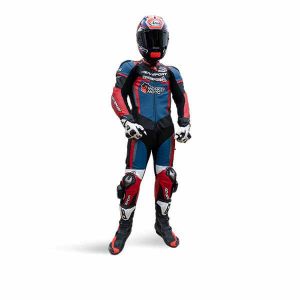 10 Things to Wear Under a Motorcycle Racing Suit 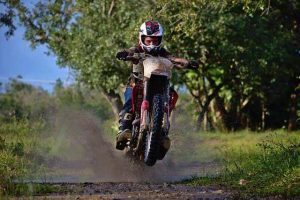 Do you need a Full-Face helmet for trail riding?

Heated Grips Vs Heated Gloves: Which Is The Better Choice? Motorcycle Heated Gloves One of the most debated questions in the motorcycling world is, between motorcycle heated gloves and motorcycled heated grips, which is the best option to go for? There always comes that time when the days get …

Valentino Rossi, Everything you wanted to know about #46 “The Doctor” the Greatest Rider ever!

How Does Motorcycle Body Armor Work? Better Advanced Protection for Your Body, Find Out 6 Key Ways.